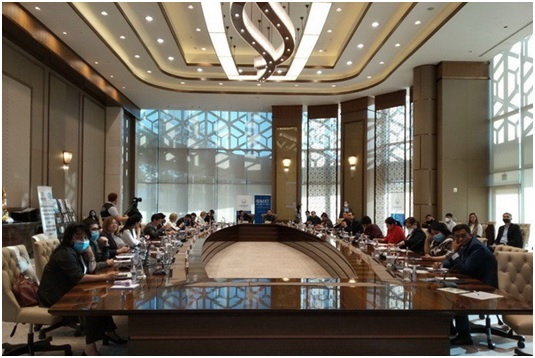 National Center of the Republic of Uzbekistan for Human Rights

Human trafficking is a crime that exploits women, children and men for numerous purposes including forced labour and sex. Every country in the world is affected by human trafficking, whether as a country of origin, transit, or destination for victims. Traffickers the world over continue to target women and girls. The vast majority of detected victims of trafficking for sexual exploitation and 35 percent of those trafficked for forced labour are female. Conflict further exacerbates vulnerabilities, with armed groups exploiting civilians and traffickers targeting forcibly displaced people.

In 2010, the General Assembly adopted the Global Plan of Action to Combat Trafficking in Persons, urging Governments worldwide to take coordinated and consistent measures to defeat this scourge. The Plan calls for integrating the fight against human trafficking into the UN’s broader programmes in order to boost development and strengthen security worldwide.

In 2013, the General Assembly held a high-level meeting to appraise the Global Plan of Action. Member States also adopted resolution A/RES/68/192 and designated July 30 as the World Day against Trafficking in Persons. This resolution declared that such a day was necessary to “raise awareness of the situation of victims of human trafficking and for the promotion and protection of their rights.”

In September 2015, the world adopted the 2030 Sustainable Development Agenda and embraced goals and targets on trafficking in persons. These goals call for an end to trafficking and violence against children; as well as the need for measures against human trafficking, and they strive for the elimination of all forms of violence against and exploitation of women and girls.

Another important development is the UN Summit for Refugees and Migrants, which produced the groundbreaking New York Declaration. Of the nineteen commitments adopted by countries in the Declaration, three are dedicated to concrete action against the crimes of human trafficking and migrant smuggling.

The COVID-19 pandemic is a health crisis with unprecedented repercussions for human rights and economic development globally, including in human trafficking. COVID-19 generated conditions that increased the number of people who experienced vulnerabilities to human trafficking and interrupted existing and planned anti-trafficking interventions. Governments across the world diverted resources toward the pandemic, often at the expense of anti-trafficking efforts, resulting in decreased protection measures and service provision for victims, reduction of preventative efforts, and hindrances to investigations and prosecutions of traffickers. At the same time, human traffickers quickly adapted to capitalize on the vulnerabilities exposed and exacerbated by the pandemic.

In recent years in Uzbekistan a large-scale work has been carried out to prevent and eradicate human trafficking and forced labor, to protect the rights and legitimate interests of citizens.

In the Annual Report on the Situation of Human Trafficking in 2021, the US State Department raised the level of Uzbekistan to the second-category countries. “The government demonstrated overall increasing efforts compared to the previous reporting period, considering the impact of the COVID-19 pandemic on its anti-trafficking capacity; therefore Uzbekistan was upgraded to Tier 2. These efforts included passing a new anti-trafficking law outlining improved victim protection protocols; amending the criminal code to explicitly criminalize child forced labor in the first offense; identifying more victims than in prior years; investigating, prosecuting, convicting, and sentencing significantly more traffickers than the previous reporting period, constituting the first quantitative enforcement increase in six years; and, for the first time, referring potential cases of official complicity in cotton harvest forced labor for criminal investigation. Authorities also undertook new efforts to repatriate and provide robust protection and reintegration services for hundreds of Uzbekistani women and children previously stranded in exploitative conditions that often amounted to trafficking in armed conflict zones in Syria, Iraq, and Afghanistan; mitigated elevated risk among vulnerable populations during the pandemic by connecting nearly half a million unemployed migrant workers with job opportunities; and significantly reduced the incidence of forced labor in the annual cotton harvest—despite an increase in the size of the work force—through continued mechanization and privatization measures, increased oversight into labor practices, expanded provision of monitoring access to civil society and international organizations, and other factors”.

In order to systematize activities in combating human trafficking and forced labor in the country, as well as to eliminate existing problems in this area, more than 20 legal acts were adopted in 2020, including 5 laws.

In addition, the country also adopted the Law “On Combating Human Trafficking” in new edition. According to it, costs associated with the employment of applicants outside the Republic of Uzbekistan will be borne by employers.

With the view to further strengthen the guarantees of protecting the interests of minors, amendments and additions were made to the Criminal Code, the Criminal Procedure Code and the Code of Administrative Responsibility of the Republic of Uzbekistan.

As a result, perpetrators of child labor were prosecuted for their initial actions, and criminal responsibility for using children for prostitution, encouraging them to participate in illegal public associations and their involvement in forced labor was increased.

To increase the efficiency of state bodies in the fight against human trafficking, improve the position of Uzbekistan in international ratings, the National Commission adopted 7 action programs (“road maps”).

To identify victims of human trafficking and provide them with social and legal assistance, the website www.ht.gov.uz and the telephone hotline of the Ministry of Internal Affairs were established.

The website regularly publishes information about the latest changes in the legislation in the field of combating human trafficking, the results of organizational, propaganda and search operations.

In 2020, the Ministry of Internal Affairs received 1,029 complaints related to human trafficking, including 318 through the hotline and 711 from other sources.Qualified legal explanations were given for 519 complaints, 473 appeals were satisfied, 32 were rejected on legal grounds, 5 were left without consideration.

In 2020, a number of practical and organizational measures were adopted to increase the effectiveness of the work carried out in the country to combat human trafficking and prevent crime in this area.

Total number of cases were 150 including 89 (60%) of sexual exploitation of women (12 minors), 12 of labor exploitation of men (8%), and 37 (32%) child victims of infant trafficking. 101 women became victims of sexual crimes, of which 17 cases were committed abroad, 34 cases – on the territory of the republic, 19 cases – during the deportation of our citizens.

Trafficking in babies accounted for 40 per cent of trafficking crimes (37), with 15 boys and 22 girls being victims of child trafficking.

In 2020, courts considered 81 trafficking cases against 100 people, including acquittals against 7 people and convictions against 93 people. Of those convicted of human trafficking, 33 were sentenced to imprisonment, 35 to restraint of liberty, 1 to correctional labor, 20 conditionally, 4 on other grounds. 9 victims were compensated for total amount of 56.6 million soums.

The center provided them with the necessary medical, social, psychological and legal assistance. In particular, 41 of them were employed, 1 underwent retraining, 4 received practical assistance in starting a business and issuing loans, 7 in solving housing problems, 2 in restoring identity documents.

The consular offices of the Ministry of Foreign Affairs provided the necessary consular and legal assistance to 5,617 people who found themselves in a difficult situation in foreign countries and lost their identity documents, invalid, disabled and 50 victims of human trafficking and returned to Uzbekistan. Practical help was provided.

Through the Agency for External Labor Migration and private employment agencies, 714 people were employed abroad, 141,300 people received material and social assistance, as well as information and consulting services. Legal assistance was provided to 1,164 migrant workers abroad, of whom 278 were provided by agencies, 489 by offices in Moscow (Russia) and 397 in Gwangju (Korea).

In 2020, the Public Fund under the Oliy Majlis of the Republic of Uzbekistan and other state funds provided state grants for a total of 461 million soums to 15 non-state non-profit organizations. In addition, 981.6 million soums were allocated for financial support of centers for social adaptation of victims of violence in the regions. In addition, NGOs provided grants in the amount of US $ 369.5 thousand for the implementation of projects to combat human trafficking and forced labor, and prevent illegal migration. In 2020, the NGO “Istikbolli Avlod” provided legal assistance to 4,096 people, as well as practical assistance in the repatriation of 336 people who fell into difficult life situations in foreign countries, as well as the restoration of identity documents, 79 people.

Outreach activities were carried out to prevent human trafficking and illegal migration in districts, cities, as well as at airports, railway stations and border checkpoints, 128.0 thousand brochures, booklets, letters of recommendation, brochures, posters and other materials were distributed and 1 857 copies distributed, banner set. To prevent “human trafficking and forced labor” among citizens wishing to go abroad for temporary work, 590 field meetings were organized, and 30 060 people were involved in the campaign. At railway stations, airports and in border customs complexes, 161 preventive measures were taken with citizens leaving for work abroad, individual interviews were conducted with 14 971 citizens. 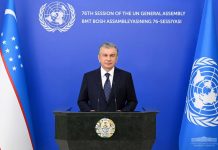 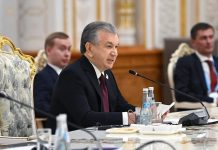 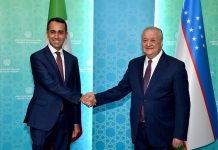 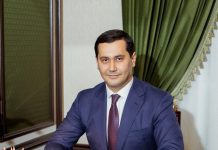 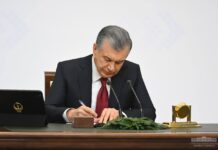 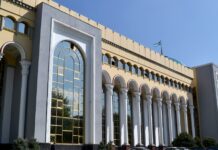 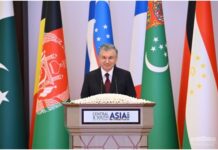 Afghanistan, Statement of the Ministry of Foreign Affairs of the Republic of Uzbekistan (17 August 2021). 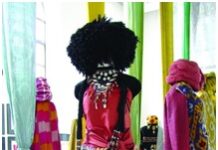 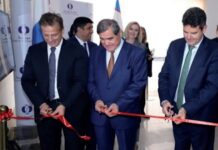 Uzbekistan’s strategy of actions: four years of efficiency and advantages in the economic sphere. 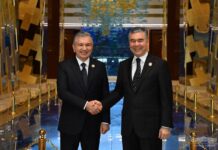 Strengthening cooperation in Central Asia in the focus of the Presidents of five States of this region. 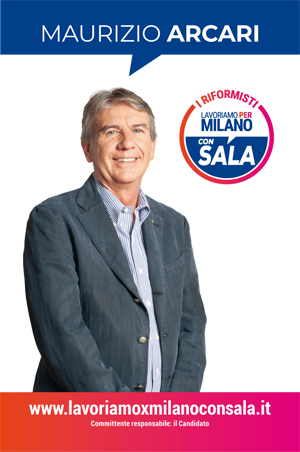 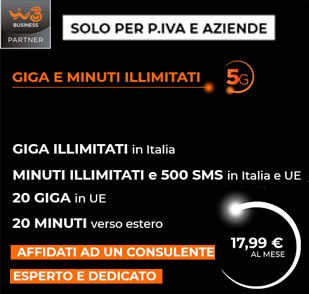 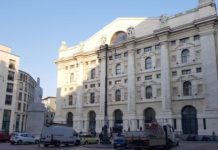 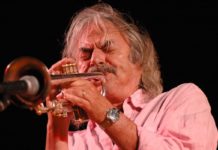 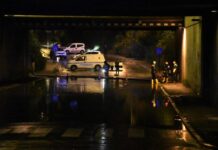 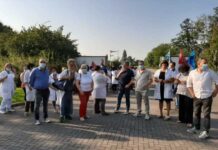